Search
Indrapramit Das > Writing > Everything I Published in 2019

Everything I Published in 2019

‘The Shadow We Cast Through Time’ in Nisi Shawl’s New Suns: Original Speculative Fiction by People of Color (Solaris): A tale of exoplanetary demons and folklore, mortality and love in the time of collapsing stargates. Members of the SFWA can read the story for nominating purposes on the SFWA Forum.

‘The Patron Saint of Night Puppers’ in Mahvesh Murad and Jared Shurin’s The Outcast Hours (Solaris): A dog hotel night shift attendant in Vancouver takes care of her canine flock on Halloween weekend, with a possible dogsnatcher prowling the streets of the city. An autumnal tale about regret and loneliness, and the bonds we make with animals human and not to keep reality’s sharp teeth at bay.

‘The Song Between Worlds’ (free to read via the link) in Slate.com for Future Tense Fiction (a series of short stories from Future Tense and Arizona State University’s Center for Science and the Imagination about how technology and science will change our lives): A story following the dovetailing paths of a young one-percenter space tourist and an indigenous Martian ‘shepherd’ in the desert of settled Mars, where the traditional ‘silent song’ of the shepherds proves a more elusive art form than expected.

‘Kali_Na’ in Navah Wolfe and Dominik Parisien’s The Mythic Dream (Gallery/Saga Press): My first published cyberpunk story, set in a future megacity sprawl in Bengal, about a young scrap-scavenger who witnesses the epochal birth of an AI goddess in a public Virtual Reality domain, and finds an unlikely inspiration for resistance in the long infowar against fascist troll armies, the self-declared protectors of India’s sacred virtual estate. Inspired by (some of) the creation myths of the goddess Kali. Members of the SFWA can read the story for nominating purposes on the SFWA Forum. 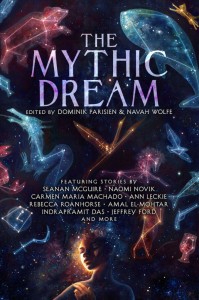 ‘A Shade of Dusk’ in Ellen Datlow’s Echoes: The Saga Anthology of Ghost Stories (Gallery/Saga Press): And last but not least, my first published ghost story, a tale sprung from the loneliness of an elderly Bengali woman writing through her fears and memories in the darkness of the power cuts (i.e. ‘load sheddings’) that plagued 1990s Calcutta. Like all ghost stories, it’s about death–the gendered fear and expectations of bodies and their fragility, the knots that snare extended familial love, the shadows cast by our fear of mortality. 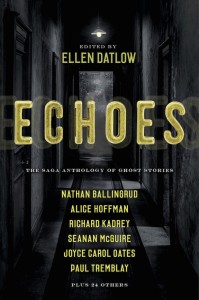 Just a few things I’ve read and loved this year, for your reading and nominating needs (I’ve listed stories only from 2019, but some of the books are older):

‘The Harvest of a Half-Known Life’ by G.V. Anderson

‘Blood Is Another Word for Hunger’ by Rivers Solomon

‘Apologia’ and ‘On The Origin of Specie’ by Vajra Chandrasekera

‘A Bird, A Song, A Revolution’ by Brooke Bolander

‘Some Kind of Blood-Soaked Future’ by Carlie St. George

‘You Were Once Wild Here’ by Carlie St. George

‘A Salt and Sterling Tongue’ by Emma Osborne

‘A Catalog of Storms’ by Fran Wilde

‘The Brightest Lights of Heaven’ by Maria Haskins

‘And Now His Lordship Is Laughing’ by Shiv Ramdas

‘Omphalos’ and ‘Anxiety Is the Dizziness of Freedom’ by Ted Chiang (from Exhalation: Stories)

‘The Weight of a Thousand Needles’ by Isabel Cañas

‘What the Dead Man Said’ by Chinelo Onwualu

The Archronology of Love by Caroline M. Yoachim

Empress in Glass by Cory Skerry

The Memory Police by Yoko Ogawa (translated by Stephen Snyder)

Night Theater by Vikram Paralkar (out in the U.S. in January 2020)

The Rosewater Insurrection by Tade Thompson

The Gurkha and the Lord of Tuesday by Saad Z. Hossain

The Border Keeper by Kerstin Hall

The Monster of Elendhaven by Jennifer Giesbrecht

The City of Folding Faces by Jayinee Basu

Trail of Lightning by Rebecca Roanhorse

The White Book by Han Kang (translated by Deborah Smith)

Frankenstein in Baghdad by Ahmed Saadawi (translated by Jonathan Wright)

The Overstory by Richard Powers

Girl, Woman, Other by Bernardine Evaristo

My Favorite Things Is Monsters (Vol. 1) by Emil Ferris