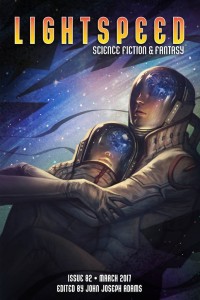 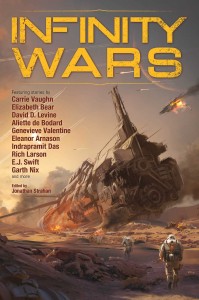 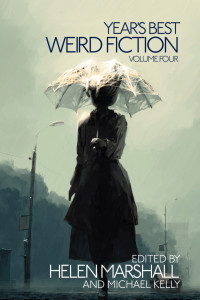 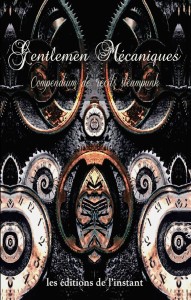 For anyone looking to read things by me or nominate my work for awards, here’s what I published in the dread year of 2017 (it’s been rough; congratulations on getting this far, and solidarity for getting through the next one).

Art may seem minor in the face of the blazing cauldron of injustice the world has become (has always been, now more visibly and chaotically so because of the internet). But I always try to remember that if this is how bad things get even with art in the world, we don’t want to find out how dismal things would be without art. So create, read, watch things, listen to music, share the things you love with the people you love and like, resist bigotry and fascism (in whatever way you can, however miniscule), and hold on to whatever hope you can find, because we’re going need it in the years to come.

Aaaanyway, here’s wot I did this year, instead of finish writing a novel draft like I thought I would (working on it). The first three pieces are first publications eligible for awards (short story, novelette, and non-fiction/essay/related work):

My short story ‘The Worldless‘, about starport workers dreaming of their distant homeworld of Earth, was published in Lightspeed Magazine. Gardner Dozois called it ‘one of the best [stories] of the year’ at Locus Online, Maria Haskins called it ‘breathtaking’, and Charles Payseur of Quick Sip Reviews called it ‘an amazing read’ (shout-out to the people working hard to review the huge variety of short fiction out there, often for little or no compensation; thank you!). It will be reprinted in Dozois’ The Year’s Best Science Fiction, Thirty-Fifth Annual Collection (St. Martin’s Griffin) and Neil Clarke’s Best Science Fiction of the Year: Volume 3 (Night Shade Books).

My novelette ‘The Moon is Not a Battlefield‘, an oral history of a Lunar Cold War from the POV of an Indian soldier, was published in Jonathan Strahan’s military science-fiction anthology Infinity Wars (Solaris). Alvaro Zinos-Amaro wrote in Orson Scott Card’s Intergalactic Medicine Show that the story ‘builds to a supreme sense of pathos, poetically and harshly rendered’ and A.C. Wise called it ‘a beautifully told story about a war on the moon and the way human lives are used up by it’ among her favourite short fiction of the year. It will be reprinted in Gardner Dozois’ The Year’s Best Science Fiction, Thirty-Fifth Annual Collection and Strahan’s The Best Science Fiction & Fantasy of the Year Volume 12 (Solaris, April 2018).

My essay ‘Dear Octavia Butler‘, a letter thanking Octavia E. Butler for posthumously continuing to make a difference in the lives of writers like me who aren’t white in a world that favours white supremacy, was published in the essay collection Luminescent Threads: Connections to Octavia Butler (Twelfth Planet Press), edited by Alexandra Pierce and Mimi Mondal.

My novelette ‘Breaking Water‘ (first published in 2016 on Tor.com), about the spiritual and existential fallout of a plague of undeath visiting my hometown of Kolkata (and my attempt at a zombie story), was nominated for the 2016 Shirley Jackson Award for Best Novelette, much to my delight and surprise. The story was also reprinted this year in The Year’s Best Weird Fiction Volume 4 (Undertow Publications), edited by Helen Marshall and Michael Kelly.

My short story ‘The Little Begum‘ (first published in Steampunk World, an anthology from Alliteration Ink, edited by Sarah Hans), about two sisters surviving under the British Raj in an alternate history where telekinetic powers and giant mechas exist, was translated into French and published in the anthology Gentlemen mécaniques (Les Editions de l’Instant).

My flash short story ‘Looking the Lopai in the Eyes‘ (first published in Redstone Science Fiction), about an ambassador from an interstellar settlement on her first diplomatic mission to Earth, was reprinted in Fantastic Stories of the Imagination People of Color Flash Anthology (Positronic Publishing), edited by Nisi Shawl.

My debut novel The Devourers (Del Rey / Penguin India), published in 2015 (South Asia) and 2016 (North America), won the Lambda Literary Award for Best LGBTQ SF/F/Horror. Being in India, I couldn’t attend the ceremony, so I still don’t quite believe it, but I remain deeply grateful and honoured.

I sold a ghost story I’m very proud of to an anthology I can’t talk about yet, and more news for 2018 publications to come later.