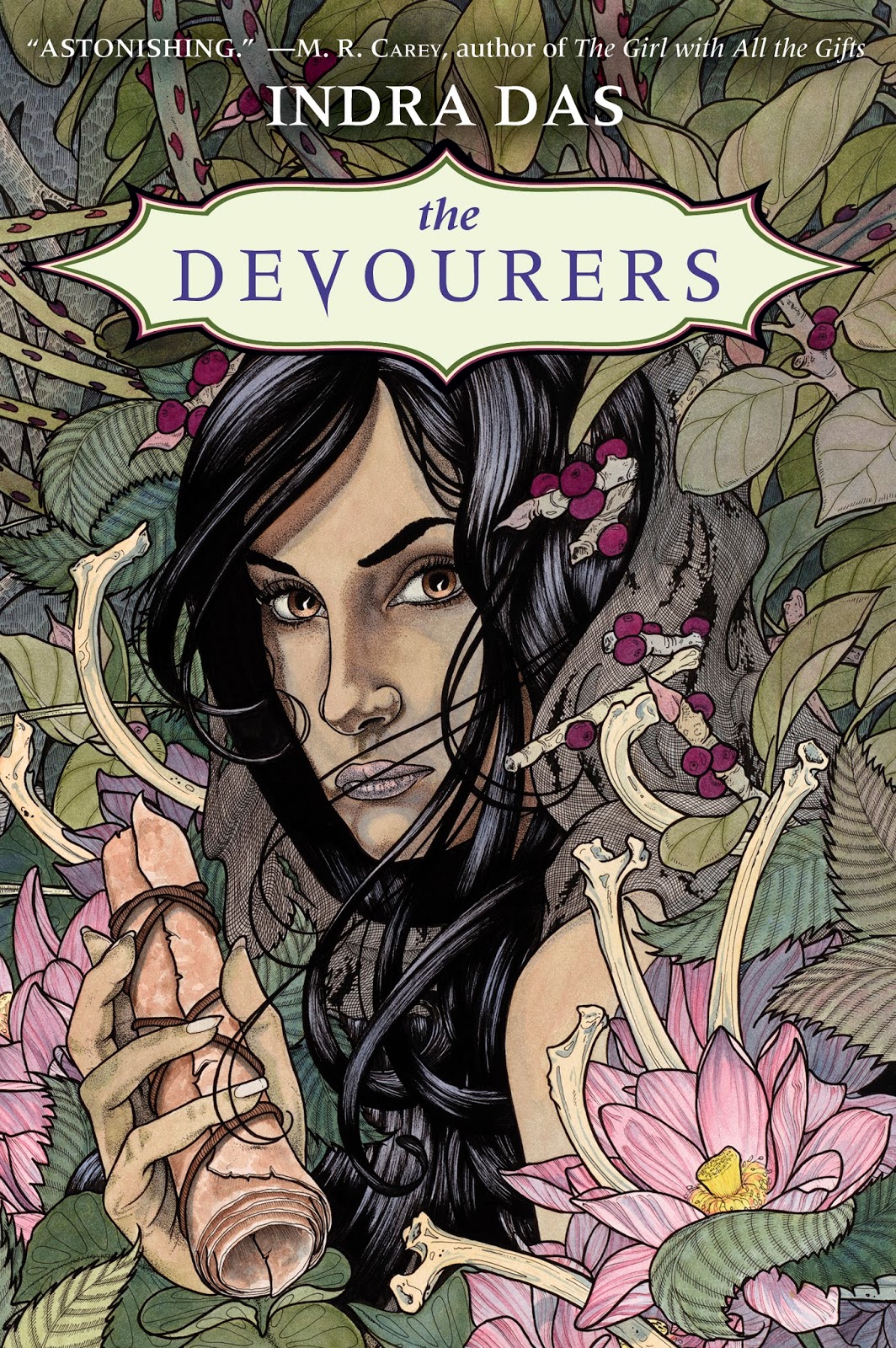 Here’s the lovely cover for the North American edition of my debut novel The Devourers, by artist Chris Panatier. I think it’s beautiful, and I hope you do too. I’m pleased to see Cyrah, a woman who doesn’t appear till 1/4th of the way into the novel but is undoubtedly at the heart of the narrative, featured front and centre on the cover (and not whitewashed). Out of all the people I’ve written, she’s one of my favourites.

The Devourers will be available in the United States and Canada on July 12th 2016 from Del Rey (Penguin Random House). It’s now available for pre-order in the U.S. and Canada. You can also pre-order the novel from outlets other than Amazon (including Powell’s and IndieBound) at its Penguin Random House /Random House pages. Head on over to Pat’s Fantasy Hotlist for the official reveal and a long-ish excerpt from the beginning of the novel. And if you’re someone who’s already read and liked the novel, please consider rating or reviewing it on Amazon India (it’s not out yet elsewhere, so not eligible for review) and/or Goodreads. It really helps a writer out (thank you!).

For readers within the Indian subcontinent who haven’t read The Devourers and are interested in it, you can find it on Amazon India, Flipkart, uRead and other retailers, as well as most brick-and-mortar bookstores (use them if you can).

The Devourers jumps between the seventeenth-century Mughal Empire and contemporary India as it explores the legacy of immortal shape-shifters, who hide from their prey in plain sight against the tapestry of human mythology, migrating from Europe to South Asia and mingling (not too pleasantly) with indigenous humans and shape-shifters there. It was first published May 2015 in the Indian subcontinent by Penguin Books India, and was critically well received (t)here. The Devourers earned nominations for the Shakti Bhatt First Book Prize and the Tata Live! Literature First Book Award. It was also shortlisted for the 2016 Crawford Award, and included in the 2015 Locus Recommended Reading List.

Some advance praise for the novel:

“Astonishing . . . a narrative that takes possession of you and pulls you along in its wake.”—M. R. Carey, author of The Girl with All the Gifts

“A vivid and brutal werewolf novel that veers between seventeenth-century Mughal India and present-day Kolkata; its breadth and richness blew me away.” —Sofia Samatar, author of A Stranger in Olondria