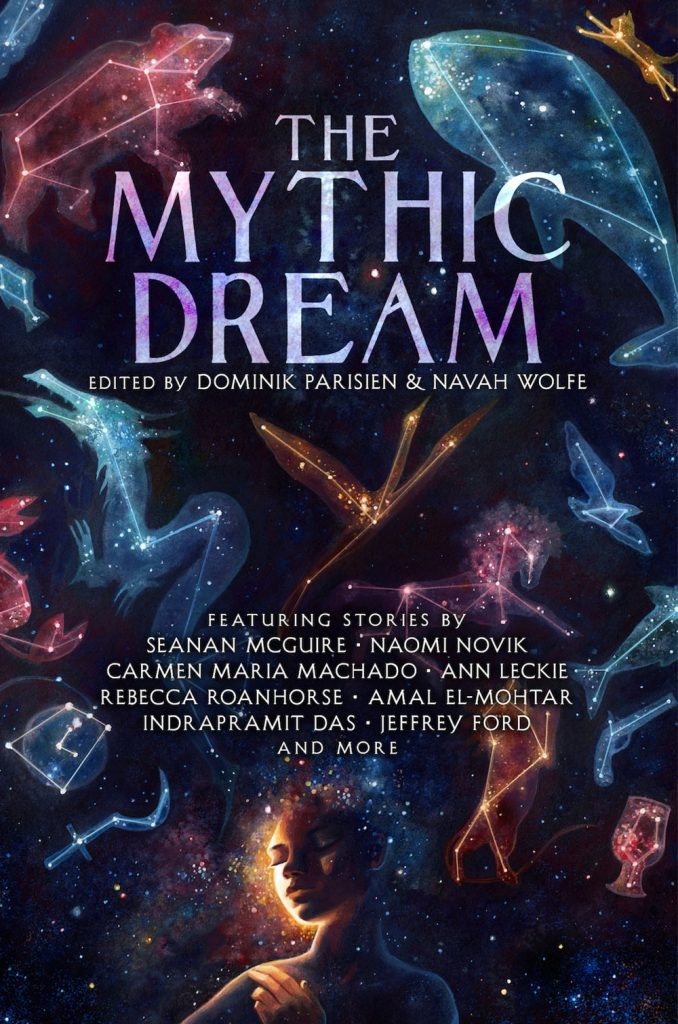 Honoured to be a part of THE MYTHIC DREAM (thanks to its editors Navah Wolfe and Dominik Parisien, and everyone at Saga Press), an anthology of reimagined myths, alongside such a wonderful group of writers. My story in it, ‘Kali_Na’, is my first published cyberpunk story (a sci-fi riff on the creation myths of Kali, set in a future Kolkata), so I’m pretty thrilled about that, considering how powerful an influence Gibson’s NEUROMANCER was for young me. Here’s the announcement and cover reveal, over at the Barnes & Noble Sci-Fi & Fantasy Blog.

The book will be published August 27, 2019. The lovely cover art is by Serena Malyon and design by Michael McCartney. More info on the other side of the link, including the full list of featured authors.