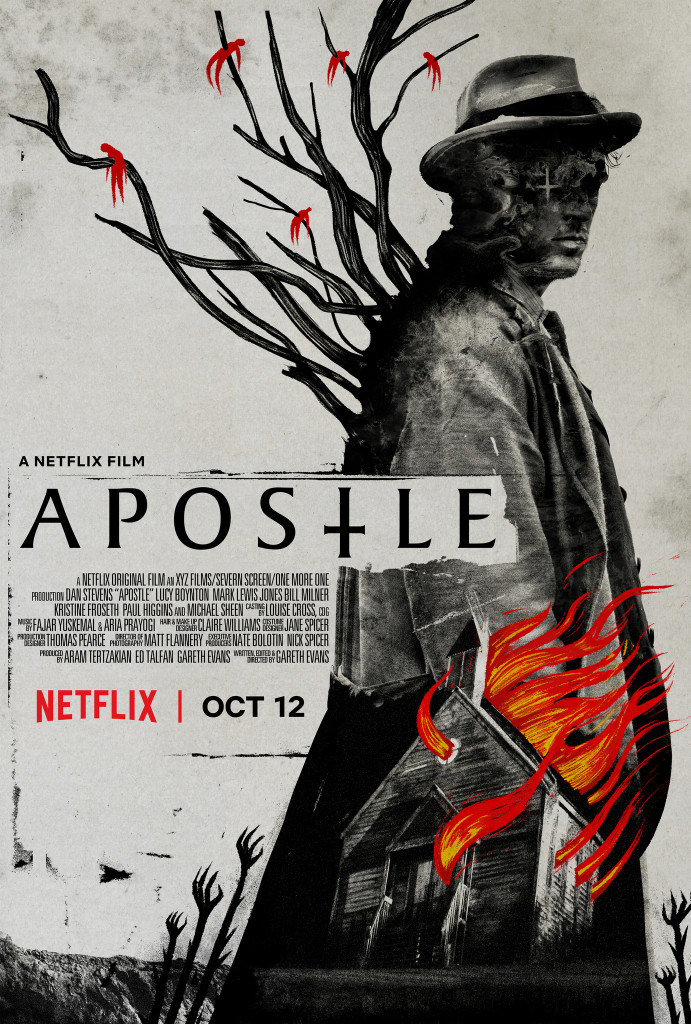 Gareth Evans’ APOSTLE is a stylishly unsubtle fable about the cultish brutality of ideological extremism, whether manifest in religious tyranny, misogyny, xenophobia, or taking ownership of one’s land and deities. Graceless in storytelling, but visceral in impact, with Evans’ previous experience directing the magnificently balletic ultraviolence of THE RAID series of Indonesian martial arts films showing in the kinetic camerawork. There is some beautiful, earthy (and brutal) imagery here that doesn’t fall prey to the grey-blue gloss of many recent prestige horror films. It’s too bad the film loses sight of its own characters and island-cult setting in moment-to-moment fury, but it remains striking. No modern equal of infamous folk horror classic THE WICKER MAN (which also featured a visitor to an island where people disappear and a cult rules), but worth a view nonetheless.