New Anthology: The Eagle Has Landed 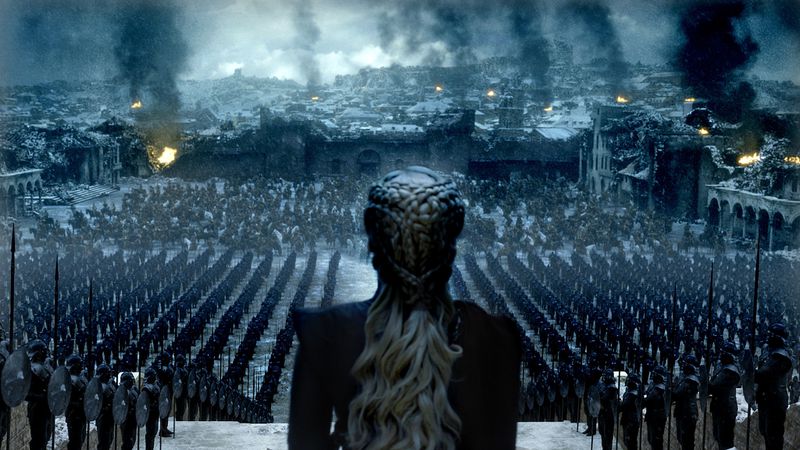 Having finished the eighth and final season of GAME OF THRONES, I’m mostly left with an abiding fondness for the cast and crew, who always put some meat on the shambling bones of this half-animated wight of a plot as it dragged its racist and sexist baggage behind it like a slag heap of melted thrones. That fondness does not extend to Benioff and Weiss, whose early efforts at adapting George R.R. Martin’s series for the screen I do respect, but who should have stopped writing for it ages ago. An epic fantasy ending with a white heroine essentially nuking a city to ‘liberate’ it, and then being assassinated for it, could have worked quite powerfully in the right hands–theirs were not the right hands. Still, even with the show outrunning its own plot and tripping straight into every narrative and thematic scaffolding it spent years setting up, it offered in this last stretch some of the most spectacular scenes of fantastical battles ever put to screen.

I am left with a lot of amazing memories of watching this show with my roommates in Vancouver in a different era, and absolutely losing it at its early milestones (Ned’s head, the first peep of those poor little dragons on Dany’s shoulder, we went full-on Key & Peele valets). There’s always a melancholy to the end of a long-ass TV show you’ve followed since the beginning and shared with others, watching a living story wend its way into cultural memory, even when it takes wrong turns. I will, undoubtedly miss GAME OF THRONES, though I’m glad it’s out of its misery.