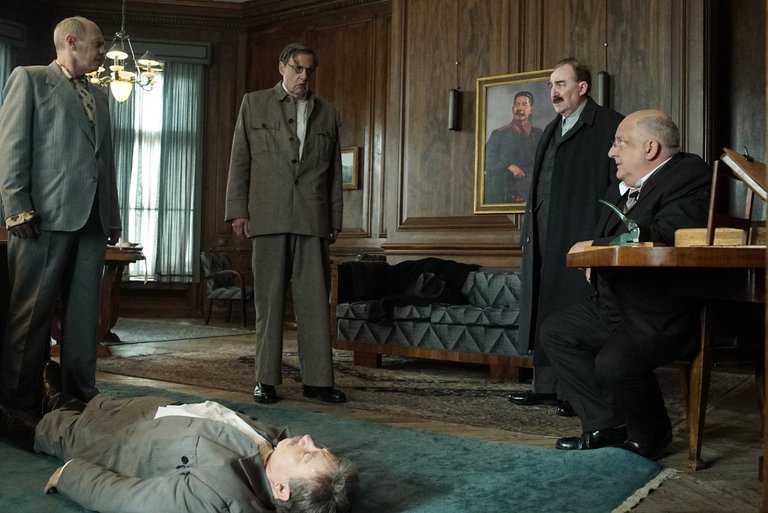 THE DEATH OF STALIN is a canny portrait of evil as men (mostly, in this case) desperately competing to hoard the power to change societies, and then using it to avoid being brought to justice for the crimes with which they gained it. It laughs at the banality, venality, and stupidity of evil as it gathers at the highest echelons of power, but not at its capacity to do harm.

I laughed, as I have at pretty much anything Armando Iannucci writes, but it’s a shade darker than even the darkest moments of his previous work (which isn’t surprising, of course, considering the subject matter). The cast is uniformly excellent, though the presence of Jeffrey Tambour (who was accused of sexual misconduct and harassment by multiple women after shooting on this wrapped) now feels uncomfortably matched with the film’s themes of men using their power and privilege to get away with doing terrible things.

Russia predictably banned the film, but the entire world might as well, for how easily it serves as a warning to, well, everywhere right now.