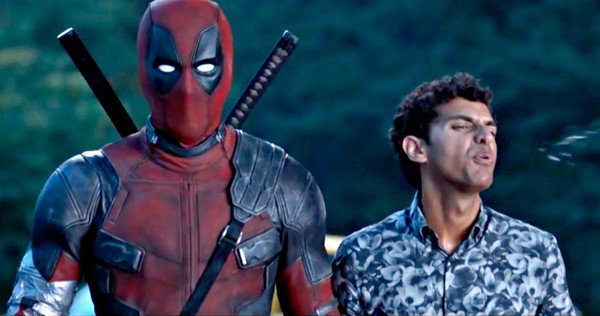 DEADPOOL 2 is the kind of movie that has dudes in the theatre competitively repeating every joke out loud so everyone knows they get it, but I had a really good time. (Also, if you’re wondering, Dopinder was a big hit with the Indian audience I was with)

I thought they balanced sacred (emotional investment, sincerity, sweetness) with profane (nothing-matters metasnark, juvenile vulgarity) better in this one. Still lags behind on truly dismantling some harmful tropes (i.e. fridging), despite the series’ self-awareness, and some of the humour still reads as too smug or forced, but when it works it’s because it lets that heart wag off its bloody sleeve like a ballsack (as Deadpool points out early in the film, this is a movie about found family, and love, garnished with superhero ultraviolence). The action scenes also feel more coherent, creative and focused than the ‘wider’ MCU films–which is not surprising, considering that it’s all directed by David Leitch (of John Wick and Atomic Blonde fame, though the action here doesn’t reach the galvanizing heights of those films).

I was also happily surprised to see the delightful Julian Dennison from Taika Waititi’s brilliant HUNT FOR THE WILDERPEOPLE (like a live action UP, but better, with grizzly Sam Neill) in a central role! I hope he sticks around.

Also, I think DEADPOOL 2 is the first Marvel superhero with an openly queer couple? Ffs, Disney, catch the fuck up. Big flaw, though: not enough Negasonic. Way more Negasonic needed. Not enough X-Force either, but Negasonic especially.